I wrote this poem August 3, 2012, while my husband José was deployed in Afghanistan (his second deployment). At this time, our daughter Mia was 19 months old and her little sister Lizzie was 6 weeks old. I had a big, supportive group of mother friends in community around me, but no family, and I was parenting alone at home til he came home in December.

I saw in my Facebook memories the other day that my phone fell underneath the bed, so I took pictures of my cute little baby girls on my computer, because there was just no way I had the energy to get under the bed to retrieve it. 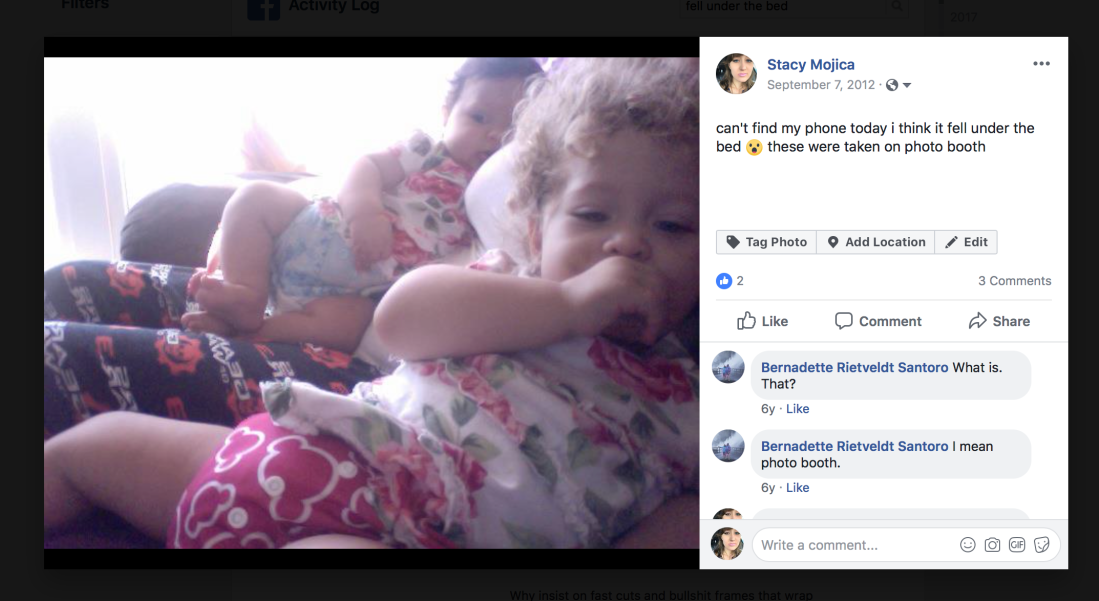 For years I have been saying, “No one hates Army life more than an Army wife!” and I think this poem illustrates that real well. I was angry, so angry at the Army.

6 years of PTSD later and I am still angry. I can’t be too angry though because if not for the VA my husband would have to work and I wouldn’t have been able to delusionally pursue a plethora of dreams, so at least there’s that, right?

What I realized at this time though more than ever before was how very costly freedom is, for every person in every country everywhere on Earth. Freedom is never free. And maybe that’s why swings have chains.

Only as high as I reach can I grow.
Only as far as I seek can I go.
Only as deep as I look can I see.
Only as much as I dream can I be.
-Karen Ravn

I love this quote, but it is a lie. A lie we are telling our children every day. A lie that is turning our society into a land of hopeless dreamers. Perpetuating the stereotypes of millennials and gen Yers as entitled whiners.

When I was younger I loved 4-H with a deep, abiding passion, but I hated the part of our creed where we recited “The sky’s the limit.” Why did the sky have to be the limit? Why did there have to be a limit at all? I wanted to live bigger, and dream more. So I rejected the idea of limits and set myself up for a decade of disappointment as a megalomaniac.

In my 30s I am finally wizening up to the fact that there have always been limits, and there will always be limits. The world in which we live is a limited one, and we cannot dream that away. Swings have chains for a reason.

Freedom isn’t Free
by any road you take toward it.

If we could survive
the night terrors and the
I don’t ask whys
then maybe we could learn to live
without it.

something called an existence.
But there’s never any standing room in this stance
because without freedom there is no
Tomorrow
there is no Sunny Day
there is no sorrow
there is only…
only, what you cannot say and
only, this.
This.

However expensive Freedom is and
whatever it takes to get me to it
Like a gulp of fresh air in my mind and AHhh.
I can think again 😉 Like a normal person. What bliss.

Because Love was worth it. Love is definitely always worth the sacrifice
of Freedom.

“Man is born Free, but everywhere
he is in chains.”

Perhaps there’s no such thing

I am just another mama in her 30s living a typical American lifestyle in a typical American town. Currently we live on the Eastside of Colorado Springs, CO, with a view of the purple mountain majesties that never gets old. I struggle with the same things everyone else struggles with. Relationships. Health. Careers. Children. Life. Keeping this huge American Dream house clean. I grew up in upstate New York. I majored in English in college at Boston University. I taught English in Korea for 9 months, where I met my Puerto Rican husband. My husband had been in the Army for 11 years when he retired in 2015. I've lived in New York, Boston, Korea, Georgia, El Paso, New Mexico, and Colorado Springs. I've lived in ranches, 2 story homes, townhomes, apartments, hotels, rentals, homes I've owned, with my parents as a married adult with kids, in a tent, and in a tiny house. I've worked in retail, food service, as a teacher, as a writer, as a seamstress, as a salesperson, as a business owner, and as a mother. I've founded and directed a national non-profit for 3 years. I've owned and operated a food truck. I have a health coaching certificate and a real estate license. I've been an integral part of my community, and there's been times when I have forsaken it. I've travelled and I've stayed home. I've had rich life experiences and made enough mistakes to feel wise enough to share them with you. It's time to write again. View all posts by Stacy